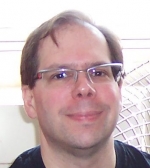 Robert Brenner is a licensed New York City tour guide, a certified member of the Guides Association of New York City, a docent for the Municipal Art Society of New York, and almost lifelong New Yorker. He has led walking tours for Barnard College, the Bowery Alliance of Neighbors, Google, the Historic District Council, Jane's Walk, Local Expeditions, the Lower East Side History Project, the Municipal Art Society of New York, the Museum of Sex, the New York Public Library, St. Francis College, the Tenement Museum, the Times Square Alliance, Untapped Cities, the Urbanist, Urban Sustainability NYC, and the Van Alen Institute.  He specializes in the offbeat, unusual, and obscure; if you’re looking to get off the beaten path—to be an explorer, not a tourist—he is the guide for you. He lives in Chelsea with his wife, teaches at CUNY in Downtown Brooklyn, and is pursuing a Masters in New York City Studies at the CUNY Graduate Center.

Nazi New York: It DID Happen Here: On February, 20th, 1939—George Washington’s birthday—twenty thousand Nazis gathered in Madison Square Garden to cheer Adolph Hitler and boo “Franklin Rosenfeld” and the “Jew Deal.” No, this was not a scene from The Man In The High Castle—this really happened! In the run-up to World War II, New York City was a hotbed of Nazis, fascists, and anti-Semites; even after Pearl Harbor, some remained active, albeit more discreetly. A few were secretly working for the Abwehr (German military intelligence), but most were homegrown. Who were these deplorables? Where did they come from? What political, social, economic, religious, and historical forces created them? How different were they from “typical” Americans at the time—and how similar? And, in this age of Charlottesville, could they come again? In this historic walking tour, we will meet:

No Glove, No Love: From The Sexual Revolution To The AIDS Crisis: The so-called Sexual Revolution was less an overnight revolution and more a hundred years’ war, with many prisoners and casualties along the way. Some of the most important battles were fought right here in Greenwich Village. This walking tour explores the historic struggle for sexual freedom, reproductive, and LGBT rights, including:

Allen Street: The Street Where The Sun Never Shines: My mother grew up on the Lower East Side, when it was still a Jewish ghetto. Whenever anyone mentioned Allen Street, she would make a face and change the subject. Now I know why—Allen Street was the center of the Jewish red light district. As Judge Johan J. Goldstein once said, “If a woman hailed you as you walked down Allen Street, you knew she wasn’t calling you to a minyan.” But how did Allen Street get that way, and what became of it? What roles did anti-Semitism, sexism, capitalism, mass transit, urban renewal, and xenophobia play? On this historical walking tour, we will explore the rise and fall and rise again of one of the most notorious thoroughfares in New York City history.  Along the way we will meet:

• The detective who went undercover to bust the Jewish vice racket. • The anarchist who prostituted herself to support her radical lover. • The serial killer who stalked the working girls of Allen Street. • The muckraker who launched the “white slave trade” panic. • The police commissioner who blamed half of all crime in New York City on the Jews. • The mobster who was rubbed out with the complicity of the NYPD. • The Methodist who lead a violent Jewish street gang. • The dedicated doctor who tried to get working girls off the streets. • And two long-lived and industrious prostitutes who turned a prodigious 50,000 tricks.

As my mother would say, “it’s a shonda!”

Satan’s Circus: Not a heavy metal band. In the late 19th /early 20th century, the neighborhood now known as NoMad (“North of Madison Square") was a world-famous red light district filled with saloons, dance halls, gambling dens, and houses of ill-repute.  The area has been expurgated by the passage of  time and a succession of reformers, but there are still remnants of its licentious past, if you know where to look, including:

• The alley where American popular music was born. • The hotels where Diamond Jim Brady, Lillian Russell, Samuel Clemens, Oscar Wilde, and Nikola Tesla hung out. • A gay bathhouse with a tragic history. • A police station disguised as a medieval castle. • A music hall with a scandalous VIP backroom. • And the flower district where you could purchase more than just orchids.

Gritty Old Times Square (for Untapped Cities): In the 1970s, Times Square was a dangerous, exciting, gritty, intense, racially and sexually diverse neighborhood frequented by both locals and tourists. Love it or hate it, you couldn’t ignore it. Most of old Times Square has been carefully obliterated by soulless office buildings and Walt Disney musicals, but there are still a few vestiges of its seedy past—if you know where to look. So let your guide take you back to the halcyon days when 42nd Street was the Deuce, Eighth Avenue was the Minnesota Strip, the Great White Way was a red light district, and the Crossroads of the World was XXX-rated.

Swimming Across  Canal Street: Today most people think of Canal Street—if they think of it at all—as the shortest distance between the Holland Tunnel and the Manhattan Bridge. But Canal Street is also a living remnant of New York City’s gritty, industrial, vice-ridden past. In the 1970s, it was an exciting milieu of artists, punk rockers, hip hoppers, squeegee men, sex workers, Jewish radicals, and Chinese housewives. Though it’s gentrifying rapidly, there are still traces of its seedy history—if you know where to look. Along the way, we will make brief side excursions into Soho, Tribeca, Little Italy, Chinatown, and the Lower East Side. We will finish up with an (optional) sit-down meal in a Chinese restaurant with a shocking past. And we will answer the timeless question: was Canal Street ever really a canal?

Eating East Harlem: East Harlem used to be a German neighborhood. At the beginning of the 20th century, Italians started moving to the area, and it became known as “Italian Harlem. ” Since World War II, successive waves of Puerto Ricans, Dominicans, Mexicans, Central Americans, and South Americans have moved to East Harlem, and it has become known as “Spanish Harlem. ” Now Africans and Chinese are moving there. All of these immigrants have left their impact on East Harlem’s food scene. On this walking tour, we will sample East Harlem’s cosmos of cuisines, including tempting tacos, mouthwatering morcilla, chow-worthy chicharrón, perfect coal-oven pizza, fabulous fried fish, and succulent spam musubi. ALL FOOD INCLUDED (no drinks).

Koreatown, Curry Hill, And Beyond: Everyone knows Chinatown, Little Italy, and the Lower East Side. But how well do you know some of New York City’s more obscure dining destinations? In this walking tour, we will explore midtown’s surprisingly rich and varied cheap ethnic eating options, including Italian prosciutto, Russian pelmeni, Japanese musubi, West African cow feet, Korean fried chicken—and blood sausage, for the daring!—Indian chaat, and, of course, Chinese pig feet. ALL FOOD INCLUDED (no drinks).

Pastrami: The Most Sensual of All the Smoked, Cured Meats: Everyone loves pastrami, but what exactly is it? This food walking tour of the East Village and the Lower East Side will explore the history of pastrami, what is and is not pastrami, pastrami and Jewish identity, pastrami in pop culture, and, yes, pastrami and sex. Along the way, we will sample the delicacies of half a dozen different purveyors of fleysh. ALL FOOD INCLUDED (no drinks). 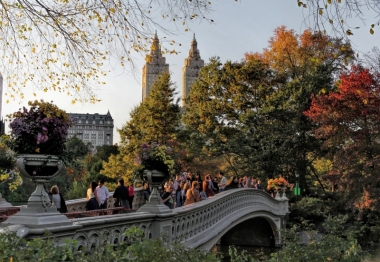