Constitution of the Guides Association of New York City

We, as licensed sightseeing guides of New York City, in a common endeavor to promote our profession and enhance and improve the public perception thereof, to provide a platform for interaction between professional guides and representation with other organizations, industries, and governmental bodies, and thereby enhance and serve the interests of the city itself, do to that end establish this Constitution for the Guides Association of New York City (GANYC).

II. The Association shall be a non-profit organization.

III. The aims of the Association are:

A. To promote the highest degree of professionalism for those individuals who work as New York City licensed sightseeing guides, and to establish ethical and professional standards by which all guides are measured.

B. To promote professional contacts leading to the exchange of ideas and sharing of experiences.

C. To cooperate with other professions, organizations and entities in an effort to mutually promote one another’s value to the city and its visitors, and enhance the public recognition thereof.

D. To hold regularly scheduled meetings as set forth in the Association’s By-Laws.

E. To provide opportunities for the continuing education and professional development of its members.

F. To protect and advance the interests and welfare of its members.

IV. The management of the Association shall be by an Executive Board composed of nine members: president, two vice-presidents, treasurer, two co-secretaries and three members-at-large, to be elected by secret ballot of the membership for a term of two years. This two year term shall run from the day of the first Membership Meeting of January to the day before the first Membership Meeting of January two years later.

V. The business of the Association shall be primarily conducted by the Executive Board and its appointed committees.

VII. The Association shall maintain a mailing address in the City of New York.

VIII. An annual General Assembly shall be convened by the Executive Board. All annual reports will be presented at that time, including all Committee Reports and the Treasurer’s Report. The Secretary or Secretaries will create the agenda, with the approval of the Executive Board.

IX. The Constitution shall not be altered or amended except by vote of a simple majority of members present or represented by proxy at a General Assembly. Notice of any proposal to alter or amend the Constitution must be given in writing to the membership 21 days prior to the General Assembly for a vote on that proposal.

X. The dissolution of the Association shall be decided by an Extraordinary General Assembly of members convened, by a minimum of one-third of the membership with 21 days prior notice. A quorum of two-thirds of the membership must be present or represented by proxy at this Extraordinary General Assembly. To become effective the vote must be carried by two-thirds of those present or represented by proxy.

XI. The fiscal year of the Association shall be November 1 to October 31.

XII. There shall be an annual membership fee due before December 31 for the following year. The fee shall be voted on annually by the General Assembly. All members in good standing will be listed on a membership roster, which the Executive Board will make available to the trade.

B. The Executive Board may establish other non-voting categories as set forth in the Association’s By-Laws.

XV. In the event that one of the elected officers cannot serve out his/her term for any reason, the Executive Board shall appoint a qualified replacement to serve the balance of the term.

1. Membership
A. Categories for tour guides include:

B. Categories for affiliated members include:

Approval by a majority of members present or represented by proxy, determined by vote at a regular GANYC members’ meeting. 14-day notice of Industry Partner application required prior to vote.

The designated individual or organization for this category, such as an affiliated association or educational facility, should have a demonstrated interest in supporting tour guiding. Requirements for Honorary category (non-voting, no dues)

Recommendation of the Executive Board

A. Robert’s Rules of Order shall be used as a guideline for all meetings.

B. Minutes of all membership meetings shall be posted on the GANYC website, and made available in print if requested. Minutes for Executive Board meetings can be made available to individual members upon request.

The president shall call a regular monthly meeting of the Executive Board. A quorum of more than 50% of the Board members is required to conduct business.

1) The Association shall convene a regularly scheduled monthly meeting, currently set for the first Wednesday of the month, with alternate dates at the discretion of the Executive Board.

2) Conduct and procedure of meetings shall be guided by a team of parliamentarians appointed by the Executive Board.

3) Licensed New York City guides and invited guests approved by the Executive Board are welcome at membership meetings; however, except for invited speakers, only members may speak and only Full members may vote.

The mission of the election committee shall be as follows:

1) To coordinate the nomination process.

2) To administer the procedures for the election, including the balloting process.

3) To tabulate the ballots at the December meeting, and announce the results of the election at that meeting.

b. Nominations and seconds may continue through the month of October via e-mail, telephone, and other available forms of communication.

i. The Executive Board shall be informed of each nomination and second.

ii. The Executive Board shall be informed of the acceptance or declination of each nominee.

iii. The nominations, along with their acceptance or declination by the nominees, shall be posted on the Discussions Forum page or its equivalent on the GANYC website and shall be open to debate among the membership.

iv. Nominations via e-mail may be seconded within the Discussions Forum page or its equivalent.

v. There will be a list of nominees who have been seconded and their acceptance or declination posted on the GANYC website’s Announcements page (or its equivalent) and maintained and updated by the election committee between the October and November meetings.

vi. Beyond the initial nomination, no record of additional nominations for the same candidate shall be kept. Members are required to check the above mentioned list of nominees before making a nomination. In the event that a candidate is nominated for more than one office, this rule shall apply to each office in the same way it would if there were two different candidates.

vii. Nominees must accept or decline their nomination 24 hours prior to the November meeting.

b. All members may question the candidates at the November meeting.

c. Further questioning and discussion of the candidates may take place on the Discussions Forum page or its equivalent on the GANYC website between the November and December meeting.

D. Voting shall be done by secret ballot during the period of time between November and December meetings of the second year of the term in the following manner:

a. Individually numbered ballots and will be sent via U.S. mail to every Full member of the Association.

b. Each Full member shall vote by marking the ballot and either mailing it to a GANYC mailing address or bringing it to the December meeting.

c. Mailed ballots must be postmarked by a specific date determined in advance by the Executive Board.

E. The ballots shall be counted during the course of the December meeting.

F. The new Executive Board shall take office at the beginning of the January meeting following the election.

G. The time between the meetings of December in the second year of the term and the following January shall serve as a transitional period.

I.  Board members are expected to attend 8 membership meetings and 10 board meetings per year. Any disciplinary action related to unexcused absences would be initiated at the discretion of the GANYC board. The membership will be advised of any such action taken by the board.

A. All committees shall be formed and dissolved by the Executive Board.

B. All committee chairs shall be appointed and removed by the president, subject to the approval of the Executive Board.

All decisions involving the expenditure of $500 or more must be put to a vote by those members present or represented by proxy at a regularly scheduled meeting, with a simple majority needed for approval.

1. Changes to the By-Laws

1. A GANYC member will have a valid New York City Guide’s License as issued by the New York City Department of Consumer Affairs. It is illegal to work as a tour guide in New York City without a license.

2. A GANYC member will deal with clients in a professional manner in the execution of his or her duties as tour guide, escort, hospitality staff or any other tourism-related service for which the member is legally contracted in the City of New York.

4. A GANYC member will be well groomed and attired in a neat and clean manner and will abide by any specific attire requirements agreed upon at the time of being hired.

5. A GANYC member will have a wide range of knowledge of New York City, including such areas as history, architecture, local customs, mass-transit usage and tour routes.

6. A GANYC member will be knowledgeable about the sites he or she has been contracted to visit and follow the rules of those sites. The member will advise the group of such rules in order to avoid problems and unnecessary delays.

7. A GANYC member will do his or her best to fulfill the group’s itinerary and will advise the group leader or responsible party when major adjustments are needed due to circumstances beyond the member’s control, such as, but not limited to: weather, traffic, parades, street closures, long lines at attractions and/or group tardiness.

8. While tour guides, like others in the service industry, are accustomed to receiving a gratuity, a GANYC member will not solicit gratuities from the tour group. The only exception is when the member is working for a company that has a specific policy permitting such solicitations (such as those companies offering double decker or other daily tours) and then, the member will adhere to that company’s policy. In all other situations, it is the duty of the tour operator to educate the group regarding the gratuity.

11. In the event of a complaint being filed against a GANYC member, the member agrees to abide by the majority decision of the GANYC Board of Directors as to the action needed to address the complaint.

12. In the event that a GANYC member performs any tourism related service outside of New York City, he or she will abide by all codes, rules, and regulations of said locations, and will continue to follow all elements of this code of ethics as they may apply. 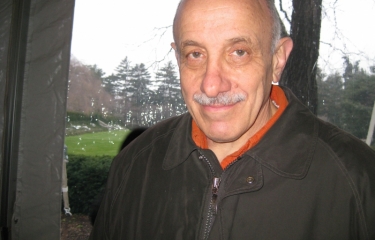 Howard Birnbaum I am a native New Yorker who loves to share his knowledge as well as experiences of growing up with whomever is willing to listen. I can... read more 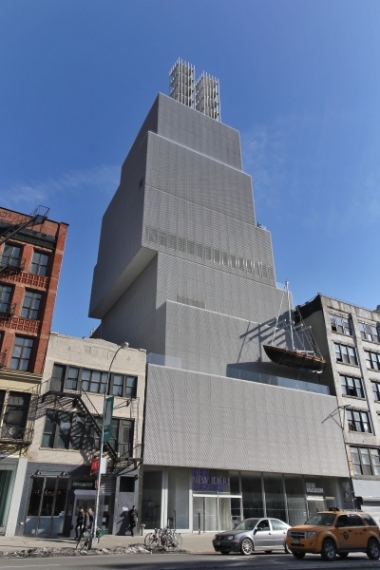