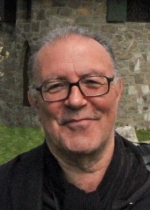 "I am a registered New York tour guide, working in English, French and Spanish. Highlighting different aspects of this city, my tours are diverse, from the general to the more specific. My areas of expertise include Art, Architecture, History, Film/TV and Popular Culture. I find it stimulating when I deal with different kinds of people and situations. My diplomatic experience as well as my art history background have enriched my approach. These plus an extended marketing career have been invaluable assets in developing my touring skills."

Born in the Dominican Republic, Federico's youth was spent in that country, Spain and the United States. He was educated at American University in Washington D.C., majoring in Art History, and at Columbia University in New York, where he received a master's degree in film studies. Working in a variety of positions in the arts, he became adjunct director of Rizzoli Gallery in New York, where he co-directed "Fashion As Fantasy" in 1975. The exhibit's 53 international artists included Andy Warhol, Yves Saint Laurent, Robert Motherwell, Charles James, David Hockney, Rudi Gernreich and other important personalities

Suro was named ambassador of the Dominican Republic to UNESCO in Paris in 1979 until 1983 when he was named ambassador and alternate representative to the European Community in Brussels. Returning to New York in 1985,  for four years he was adjunct director at Jacob Freres Ltd., a gallery of art and antiques. In 1989, his career then switched to marketing, working for Hugo Boss, Colgate Palmolive, Michael Peters and Mittleman Robinson Inc., where he handled  accounts for prestigious clients such as Walt Disney, Bacardi, Kelloggs Caribbean, Tequila Don Julio and Vinos Argentinos.

Beginning in January 2005,  Federico Suro returned to his first loves - the arts, architecture and design. One of his first projects was to co-organize and lead a  comprehensive tour of the arts and culture of Puerto Rico for the Victorian Society in America, the first visit of this prestigious group to Latin America. He consulted for Malmaison Antiques and Bodhi Art, in addition to his duties as Vice President at the Miracle Group. In 2008, he became a licensed New York City tour guide working for Gray Line, as well as several French Canadian companies such as Tour Amerique and Global Tourisme, both based in Quebec, as well as the French, American Holiday based in Florida.

Throughout his careers, Suro has published prolifically in newspapers, magazines and journals in the United States, primarily on subjects dealing with the arts and culture, including Americas Magazine (contributing editor). Temas (contributing edietor), After Dark, Women's Art Journal, Ars,  Noticias de Arte and Hispanic Designer's Moda. Suro has also written extensively for periodicals in his native Dominican Republic, for instance in El Listin Diario (contributing editor), Ahora, Rumbo, El Caribe and Mercado. Some of his writing can be found online through Google.

In addition to New York City, languages are another passion; he is completely fluent in English, Spanish and French and has a working knowledge of Portuguese and Italian. 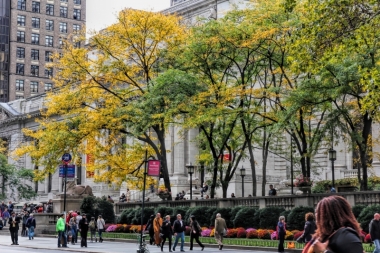