GANYC was well represented at the 2016 NFTGA-USA Conference, as 22 members made their way to Washington, DC, from January 20-22. We joined about 75 colleagues from 10 other Guides Associations from around the United States for three days of discussions, meetings and networking.

The main word on everyone’s lips during the conference was certification. On Day 1, the afternoon session kicked off with a discussion of professional development and certification. The consensus among the panel – which included guides from the San Francisco, Philadelphia and San Antonio associations, as well as legal analyst Richard Hermann – held that it was better for associations to self-certify to avoid over-regulation from local governments, and to stifle legal challenges to government licensing by groups such as the Institute for Justice, which successfully sued to have the Washington DC licensing exam thrown out.

The Association of Philadelphia Tourguides (APT) was formed in 2008 in response to legislation drafted by the City Council to license tour guides, according to APT member Bob Skiba. Two years later, the APT started its certification program, with the first 20 guides becoming certified in 2011. Just five years later, 200 guides in Philadelphia have been certified by the APT, which is now initiating a Master Certification program. In the interim, while the law for licensing tour guides has been stalled by a series of legal challenges and political wrangling, the APT received a certificate of merit for their work from the City Council.

While the APT started its program in response to government action, certification holds great promise for overcoming legal challenges to licensing, Hermann explained. The Institute of Justice has sued several cities – Washington, Savannah, New Orleans and, in the days after the conference, Charleston -- to have licensing exams overturned because it claims that licensing tour guides violates the First Amendment guarantee of Freedom of Speech. But this guarantee only applies to government organizations, he said, not to private organizations, so there could be no legal challenge to Guides Associations self-certifying on the basis of the First Amendment.

Herman urged the NFTGA to develop a national set of standards, codes of ethics and training programs, all of which would obviously be broad-based and not content-specific. These processes could then trickle down to the local associations for content- and site-specific training and certification, along with standard practices such as how a guide should dress, overall comportment and demeanor, to name a few. Keeping these certifications voluntary would help avoid legal challenges as well, as has been proven in professional associations in other industries, pointing specifically to the International Association of Privacy Professionals.

“You're trying to distinguish yourself and ‘professionalize’ yourself, you are trying to set the standards,” he said. “The time to act is now. Try to get something going, coordinate it nationally, and you can set standards before they are set by government agencies.”

He cautioned against the local associations becoming like medieval guilds whose missions are to protect guides from competition; rather the goal of all this training and certification is to protect the public from those who would take advantage of them. One way to ensure this is to give every certified member “something big that can be displayed on your person, like a big fat pin” that shows that guide is certified by the local association, inviting questions from the public about the certification process.

Gilbert Noriega detailed the certification process of Professional Tour Guides Association of San Antonio (PTGASA), which is offered every two years. Members pay for the class, which includes a 167-page training manual covering topics such as local history, mastering the craft, sites and attractions, transportation and safety. After six months of training, which includes FAM tours, classes on how to find work and conduct tours, and shadowing opportunities for new guides, members must pass a 250-question test (80% is passing) and make a five-minute oral presentation in front of certified guides. In the most recent class, 30 guides enrolled, and 18 attained their certification.

Representatives from Destination DC and the United States Travel Association shared their outlooks for the inbound tourism industry.

“Because tourism is doing so well, the destination management organizations (DMOs) know how important local tour guides are,” she stated. “The quality of the product delivered on tours is the most important thing – we tell people all around the world how important that is.”

She focused on international visitors, whom she said were more likely to hire guides because they need better connections to local services than domestic travellers because of language barriers. DC has seen a 93% increase in visitors from China, and the number of FITs (free independent travellers) from China has been growing exponentially. The need for multilingual guides is exploding, so at the very least, guides should partner with translators to serve this exploding market.

For at least the third year in a row, New York was the top U.S. market for overseas travellers (which does not include Canada and Mexico), with 9.74 million people in 2014, the last year for which statistics are available. This was nearly double the number of the next nearest city, Miami, which had 4.85 million overseas visitors in 2014. GANYC guides can see the full statistics in the Member Documents section on the GANYC web site.

She also discussed the importance of informing local government and residents of how much money is brought into cities by visitors. In DC, if tourism did not exist, each household would need to generate an additional $2,468 in local taxes to make up for the gap. Travel and tourism supports 74,570 jobs and brought in $6.8 billion in revenue in 2014; keep in mind that DC gets about one-third the number of visitors as New York (20 million vs. 60 million, approximately).

Jamie Faulkner, director of research products for the US Travel Association, was more interested in American tourists. The USTA is concerned that Americans do not use all of their vacation time – 429 million vacation days go unused each year -- so the Association has lost a campaign to “Win Back America’s Lost Week,” which can be followed at its Web site http://www.projecttimeoff.com/

The USTA is working to change the perception of taking time off, so that it is seen as essential, not frivolous for businesses and families. Since 2000, vacation time taken has plummeted from about 23 days a year to about 16 days a year, making us a nation of “work martyrs.” The USTA estimates that the US loses $160 billion in economic output each year due to burned out workers not taking vacation. She urged guides to spread the word using the twitter handle @projecttimeoff and to make the message personal to help drive business and get Americans to take their time off.

The time is ripe for this, as consumer confidence is almost back to pre-Great Recession levels, gas prices are lower, unemployment is near 5% -- in short, Americans are more optimistic and willing to do some more discretionary spending. Leisure traveling is growing while business travel is slowing, with the majority of leisure travel focused on visiting friends and family (42%). General vacation is responsible for 18% on all leisure travel money spent. Urban sightseeing makes up 9% of leisure travel activities, making it the 7th highest leisure time activity.

Baby boomers are still doing the most traveling (37%), with Gen X at 27% and millennials at 26% but millennials are gaining quickly. One interesting note about the baby boomers is that they are taking the grandchildren on vacation (the Gen Xers and millennials being the “work martyrs”). Millennials represent the largest percentage of travellers among Hispanics, who are the fastest growing ethnic demographic of leisure travellers.

International travellers brought in $137 billion in 2015, a number that remained flat due to the rising value of the US Dollar (this number had grown an average of 7% since 2007). Still the USTA expects 90 million international visitors a year by 2020 – currently there are 75 million.

Overseas visitors stay longer (18 days) and spend more (average of $4400) than other travellers, led by tourists from China and Brazil – visitors from each of these countries has grown more than 100% in the past six years. In New York, 37% of international tourists come from Europe, 24% from South America, and 17% from Asia.

Many more statistics about domestic and international visitors can be found in the Member Documents section on the GANYC web site.

The USTA continues to advocates for policies to help travel grow, including protecting and expanding the visa waiver program, which has come under increased scrutiny since the Paris attacks this fall. Improving US travel infrastructure is also a priority, where the US is falling behind. Faulkner urged guides to get involved by joining the Power of Travel Coalition and participating in Destination Capitol Hill, the legislative fly-in to have travel professionals meet with members of Congress. GANYC will be sending two representatives this year).

Other topics covered at the conference included Using Technology for Booking and Guiding Tours, Safe Guiding and Dealing with Emergencies, and the Challenges of the International Tourist. Check out the Member Documents section on the GANYC web site for more on these topics.

Emma Guest-Consales contributed to this report. 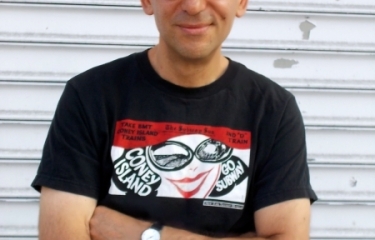 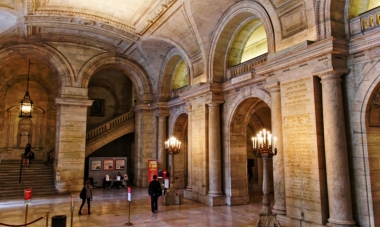