The event began at 6:30 pm with a glamorous red carpet event and cocktail party. Doors to the theater opened at 7:45, and the ceremony commenced at 8 pm, with comedians Kevin James Doyle and Olivia Petzy returning as masters of ceremony for the second straight year.

In December 2015, the GANYC Awards Committee unveiled the 44 nominees (listed below), and the GANYC membership voted on the nominees through mid-January. The votes have been tabulated, and the winners were announced. The big winner of the evening was Jeremiah Moss, who took home two awards. Moss received the Outstanding Achievement in Support of NYC Preservation for the #SaveNYC campaign and the website Jeremiah’s Vanishing New York; that same website won the Outstanding NYC Website award.

Here is the order of the program with a full list of nominees and winners for the 2016 GANYC Apple Awards, along with the distinguished roster of presenters for each category:

“This is New York” Video & Speech

Presenter: Grace Gotham, producer/performer of The Flatiron Follies, columnist for Zelda magazine, and blogger for Tassel to Table

Presenter: Art and Susan Zuckerman, GANYC members and hosts of the Z Travel Radio Show on WVOX 1460 AM

Winner: City on Fire: A Novel, by Garth Risk Hallberg

“In Memorium” honoring those people and institutions NYC lost in the past year.

Presenter: Emma-Guest Consales, GANYC Board of Directors Member and a Chester Dale Fellow at the Metropolitan Museum of Art

Below is our show as it was Ustreamed live and reuploaded to our YouTube Channel. 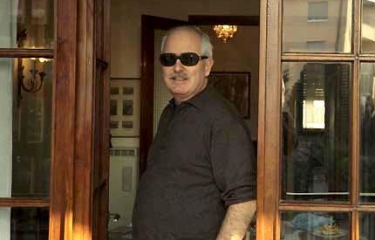 Mark Herdter New York Walking Tours Start at Your Manhattan Hotel. I give private walking tours to tourists and locals alike. I will take you to any... read more